From pioneering pastoralists and Jesuit priests, to master winemakers, the Clare Valley holds a fascinating history waiting for the inquisitive traveller to uncover at these six historic sites.

This Georgian Style mansion was built in just two years with little expense spared by Edmund Bowman in 1879. Today visitors can experience the wonderful ambience of this Heritage listed home on a self guided tour. Its original decor and furnishings include a grand billard table, splendid staircase with overhanging balcony and an Italian Renaissance inspired marble floor in the main entrance hall. Prolonged drought forced the sale of Martindale Hall to William Mortlock in 1891. Don't miss the fascinating mementos displayed in the Smoking Room of John Mortlock's travels through Africa and Asia, including a 16th centuary ceremonial Samurai suit, spears from New Guinea and Devil's masks from Sri Lanka. Martindale Hall is open for self guided tours between 11am - 4pm, 6 days a week, at a cost of $12 per adult, contact (08) 88439088. 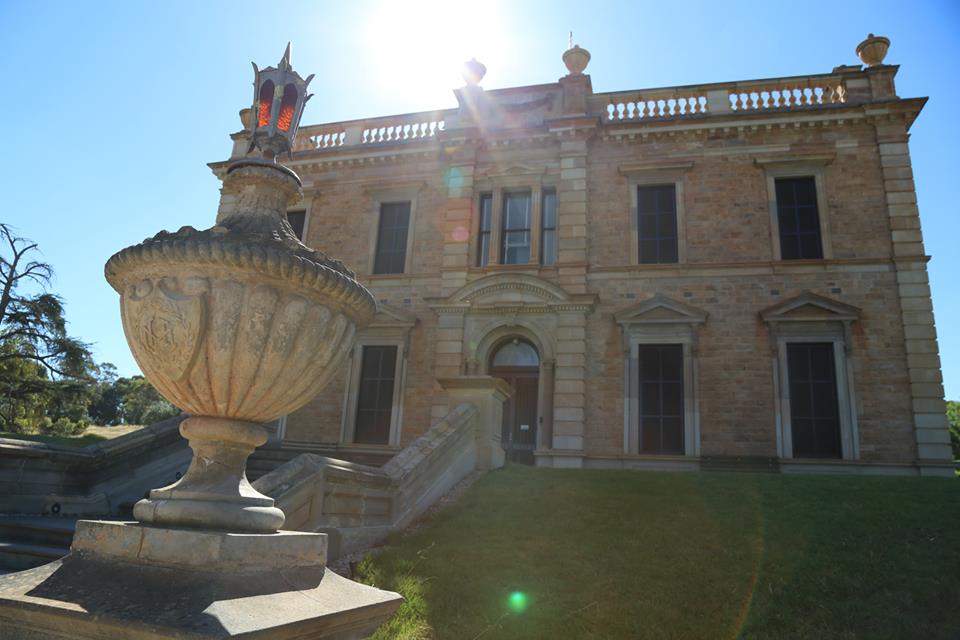 Jesuit preists who had come to South Australia to escape religous and political persecution in Austria purchased 100 acres of land just south of Clare in 1851, naming the area Sevenhill after the Seven Hill district of Rome. Sevenhill Cellars was established in the following years to produce sacramental wine for the emerging Catholic parishes around Australia. As part of this process the Jesuits built many beautiful sandstone buildings on site to house and educate the Jesuits, cellars to make the wine and the stunning Aloysius Church as a place of prayer. Today you can relive this history by taking a walking tour of the building precient or sample some of the award winning wines they still make there today. 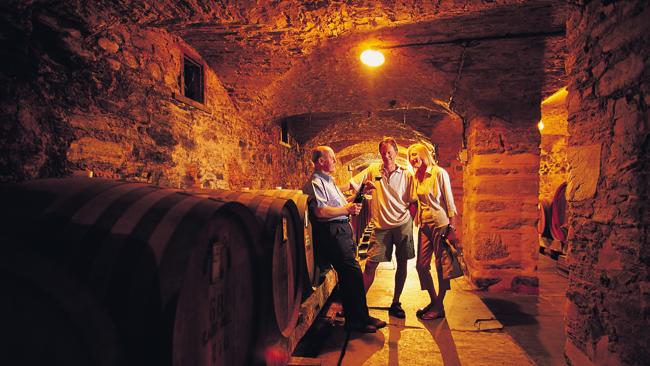 Bungaree Station was settled on Christmas Day in 1841 when George Hawker and his brothers, James and Charles, selected it as the site for their "Head Station".  They had purchased 2,000 sheep and following advice from explorer Edward John Eyre, went looking for sufficent good land along the Hutt River in the Mid North of South Australia. Bungaree became one of Australia's best known and respected Merino sheep studs, running approximately 100,000 sheep over 237 square miles. With about 50 staff and their families living on the property, it became like a small village with many sandstone buildings - woolshed, shearers quarters, district council chambers, station store, managers houses, staff cottages and even a church. Today, as well as being a farm run by fourth and fifth generations of the Hawker Family, Bungaree offers accommodation in heritage buildings, unique venues for functions and a self guided history trail around the station complex. The history trail is available at $15 per person, most days between 10am - 4pm. For further details, contact (08) 88422677. 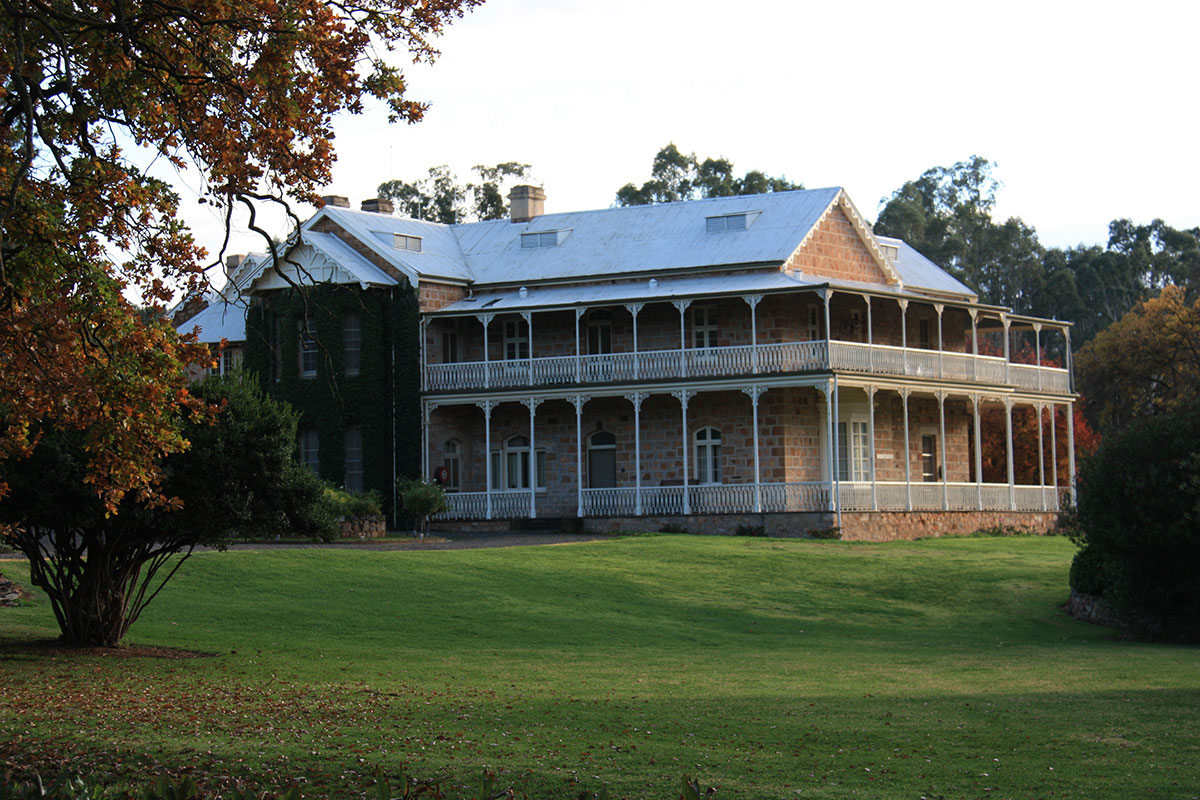 Horrocks Cottage was built in Penwortham in 1839 by pioneer and explorer John Ainsworth Horrocks; one of the first white men to take land up in the area. He founded and named the village of Penwortham after his home in Lancashire, England. The cottage is the oldest building north of Gawler and has been recently restored to as near as possible to its original state. Take a tour through the cottage and the adjacent stone building to view the various artifacts and relive what life must have been like as a trailblazing pioneer in the early days of the colony. The cottage is open to the public on the first Sunday of each month between 2pm - 4pm at a cost $2 a head. Contact (08)8849 2410.

Polish Hill River Church Museum - the museum was established by the South Australian Polish community in order to document and commemorate the contribution of Polish migrants to the development of the Clare Valley and the state. In the 19th century, the region had the largest Polish settlement in Australia numbering some 300 persons. The museum captures the fascinating story of hardships and triumphs of these people, establishing a community in a land far from home. The museum is located next to Pikes winery in the Polish Hill River Valley and is open from 11am - 4 pm on the first Sunday of each month or by appointment.  Contact 0437 320 136 or (08) 8336 1601.

Old Police Station Museum - Built as Clare's first Courthouse and Police Station in 1850, this building is now part of the National Trust of South Australia, the museum being run by volunteers. It houses a very large collection of furniture and clothing from the Victorian era, extensive records and photographs of early Clare and displays of early agricultural machinery and horse-drawn vehicles. The museum is located on the corner of Neagles Rock Road and Victoria Rd in Clare - just follow the sign from roundabout next to the BP service station. Opening hours are 10am - 12pm and 2pm - 4pm Saturdays and Sundays, with a $2 entry fee. Contact 0488 183 748 or (08) 8842 2376.

Burra Passport Heritage Trail, Burra - A self-guided trail taking in historical sites including: the Unicorn Underground Cellars, the Burra Dugouts, the Burra Gaol and the Monster Mine.

Sevenhill Cellars, Sevenhill - An underground crypt below the church will sure to delight the children. The tasting room also has an underground cellar and museum. Ph 8843 4222. 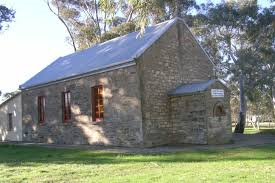 To visit Martindale Hall today is a unique experience of a living museum, a step back in time to the days of gracious living on a large pastoral estate late in the 1800’s to early 1900’s. Where a rumoured 14 servants 4 of which lived in the hall and on call 24 hrs a day looked after the needs of two people, such was the extravagant upper class lifestyle of the wealthy pastoralist.